A downloadable game for Windows

My self-indulgent mess of a first game, starring an entire cast of dogs!!!! This is a direct re-upload of the 2013 classic I made when I was 19.

Made on RPGMaker 2003 with the intention of being the happiest, least scary game ever made on that engine.

Translated versions of the game can be found here!

MAC USERS: This game download is no longer compatible with newer OSes. Please check out the web port here!

Is the download gone?  Can't seem to get it to work no matter what I do :(

somehow downloading it on my phone instead of my pc fixed this..

This game has aged SO well and was honestly way ahead of it's time. I watched pewds play this 8 years ago and watched it again last night and it was still just as amazing as i remember it!

Oh this was an absolute blast from the past. Glad I got to officially add it to my collection somewhere.

Getting the secret ending was harder than expected, lol. I was convinced that I kept clicking past it, looking up how to get it on the wiki, and went through it like 4-5 times only to discover I was locked into the bad route the whole time, lol.  Because I decided to take a certain picture. Note for the future: fuck Bernard.

Also: a sequel to the World Ends With You was indeed willed into existence, therefore ending is canon to the universe. It has been done. All is right with the world.

Edit, making not of my avatar: I nearly lost my shit at the reference to Garry. We are all stuck in 2012 gaming.

The promise: "Made on RPGMaker 2003 with the intention of being the happiest, least scary game ever made on that engine."

The delivery: The first significant event is a dog dying in a fire.

Next up: Insults and "Yo Mama" jokes.

After that: I quit the game.

i'm not a hater.  Butterfly Soup is one of the most amazing, greatest things to ever grace a computer. Most importantly, I recognize that I am literally the only person with anything negative to say about this game.

i can't press the New Game button on windows 10, any suggestions?

Does nothing happen when you press the Z button? (The controls are in the Read Me file in case you didn't see them)

ok now everythig works but i don't know what i did

this game feels so weird to come back to with modern internet humor, it feels like its a time capsule

I've been thinking of playing this game since I first saw it on youtube in 2014. Finally got around to playing it in 2021 and it's a very impressive game. I had a very enjoyable time playing it.

Controls were fine, interacting with the other dogs made me laugh at times and the dialogue was kinda outdated internet speak, but still charming imo.

The art in this game is so pretty to look at. I dont see many games with this type of style that often and the color pallet isn't blinding your eyes.

My only tiny gripe I have, which I'm super understandable about cuz theres probably only 1 person making this game, is I wish there were more dogs to meet or more funny dialogue.

I like that pom was a bitchy character but hated playing as her. I'd loooove for there to be a sequel to this game  to see how much further you can build the world with new and existing dog characters. Maybe continue the story from where it left off or do it with cats instead, idk.

Anyway, this game has literally been on my mind since 2014 and I had a very fun time when I eventually played it.

This is the hero we need in the pandemic

She did will it into existence. Thanks, Pom.

For some reason after the game ended and I quit, it really messed up the resolution on my computer.. I think it was Windows 10 on thinkpad 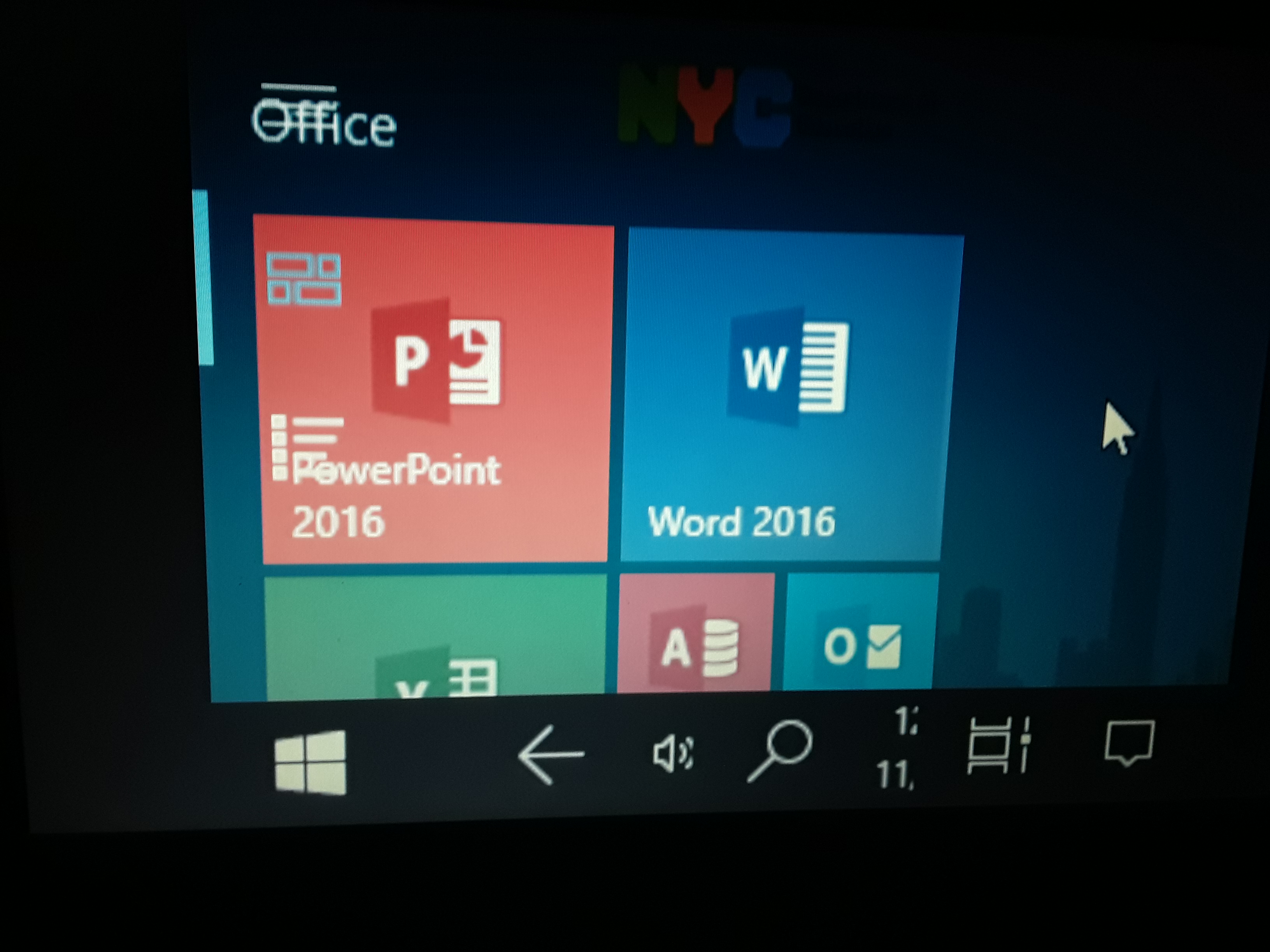 I eventually got it fixed and uninstalled the game, but when I turned the computer off and then on the problem came back

Sorry to hear you're experiencing this issue! I haven't heard of this one before...Have you tried right clicking your desktop and going to ‘Display Settings’ to check if the zoom is set to over 100%? If that doesn't work, I'd try resetting your screen resolution in the control panel

It's alright! I've managed to fix the problem, thanks for helping me out ^^

An important part of videogame history

I logged in to check if this game still exists.

LOL NOW I get the reference to the Diya Pom thing!

A game that will always make you laugh, I love this game. AHH SO CUTE

This game is just incredible!

Man, how did you manage to describe my life in a game? Pom is basically me, I'm fujoshi and I live in the world of the Yaoi. Shibe is my best friend, although he is not in love with his friend, I shipp them, like Pom shipping Hus and Shibe. Malty is my friend who together we talk about anime.

Here's the source to her stating that it probably won't happen:

plz make merch sooner for my heart (ps: I LOVE THE GAME)

There is merch on Brianna's shop.  I have linked Brianna's tumblr FAQ. Her merch store is down right now, but when it opens back up again, you should be able to see existing Pom Gets Wi-Fi merch, such as the Pom and Shibe charms!

I just played butterfly soup, and imdeiatly got the reference to this game!

The ending was something...I love the jokes and the characters <3 beautiful pixel art as well c:

I Will keep support you '-'

Butterfly Soup was the game released after this. Check it out if you haven't already!

Wait so you were referencing this in the end of Butterfly Soup?! Epic! Also please make more visual novels,  I love your work!

Heyyy!!! You noticed that too! Ahaha

i is stuk in cafe

i dont know wat todo to pawgress in da geim

You're supposed to talk to Bernard outside of da cafe, sorry i'm like 3 days late woops

Reply
I have no idea2 years ago

also, sorry i'm 11 days late, but which one is bernard again? and where exactly is he? i talked to EVERYONE, but nothing's happening

This game is so awesome!!! i love the dialogue and story!!

i really need a freaking sequel to this. like, really bad

The very first video I did on my Freeware Friday series!

Dang cant download it. I keep pressing the RPG_RT like I should be but would not work

why is life so suck

yo mama sooo fat even dora couldn't explore her

What do i do if the RPG_RT.exe doesn't appear on the zip? :(

i think that its your rar app that you used for extract the game i guess, lol

try a different rar app, i hope this helps (btw if you dont use an rar app i reccomend you use it xd)

sorry if my english is crap, im from brazil :>

This needs to be remastered lmfao

All these years later and I finally got an itchio account and I still love this game. Hilarious and adorable 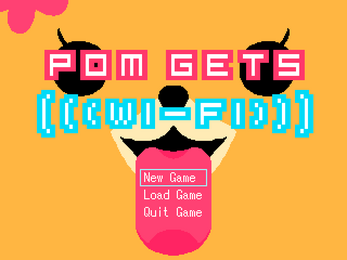 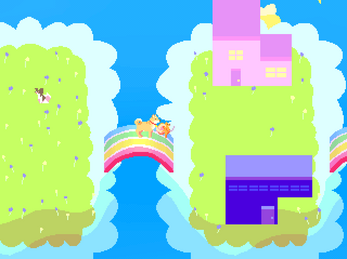 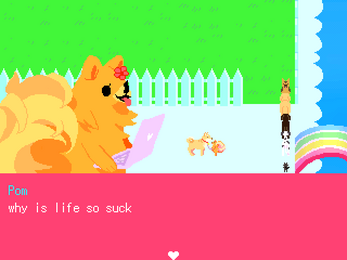