A look back, and a step forward. 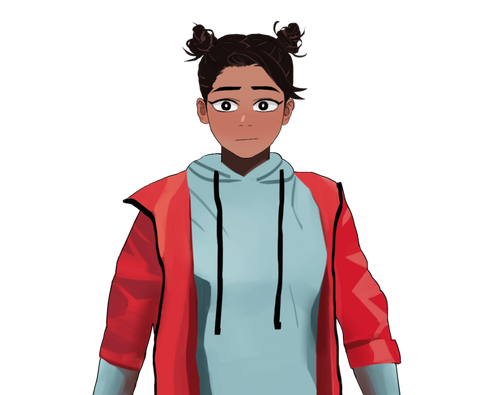 Preface: This is an old post from my own android and web page before it got taken down by itch, some things have been updated.

So, I thought with betabuild3-RC2 that I would take a look back, at what has been done, and a little at the future.

I have reached 83 downloads and just under 400 views. And it has been played just under 160 times through the browser. All that in just 2 days. It’s been really great to see that so many people are using this little dumb project I made. I can’t even put words on it.

The 17th of December 2020, I uploaded the first build. Those first days were a little hectic, I think I uploaded 3 or 4 builds, all practically the same. But I collected myself, and 4 days after the first upload, we got the first betabuild. The fix for that one was that I had deleted my release signing key and so needed to create a new one.
2 days after that, I created the web version, and, I am going to guess, I created betabuild2 at the same time. It was a simple fix for the icon, it used to be cropped and zoomed incorrectly.
I had also created an issue for the loading image, and was waiting for a reply (or fix), which happened 4 days later, and so I created betabuild3-RC1. I opted to make it an RC because it was build using the nightly version of Ren’Py, which is meant for testing, and not releasing games (less than the pre-release 7.4.0 I was using for all the other builds). 9 days after I checked Ren’Py, and apparently 7.4.0 had been released. So I made betabuild3-RC2, it should be just a little more stable than RC1.
I could easily have made it a release, but I thought now that I am using RCs, I could just as well make it an RC before I eventually released it, maybe get feedback on it (though, no one has given me feedback on anything).

Some time after that, itch took down the page, for violation of rights. I tried to get in contact but nothing happened. At the same time, just to confirm I was allowed to use the pictures and rebuild the game, I got in contact with Brianna. She suggested in the worst case that she could create a page and add me as admin.

The 3rd of February, 2021, I contacted Brianna, telling her that I hadn’t heard back from Itch, and asking if we could set her idea in motion. That’s where we are today.

Note that ^, the game page may be under her profile, but I (HackerNCoder) am the creator and maintainer of this.

I have fixed 2 of the 3 issues, you can see the last one on the projects page. The two other issues were the above mentioned logo and loading image.
The issues I have fixed were issues with Ren’Py, they were easy(er) (IMO), now I get to the issue with Google. I (think I) know how to fix it, and have tried it, but google wasn’t co-operating, so if I ever pull myself together, I am going to try again.

I didn’t know what Brianna would say to all of what I am doing, to both of my projects. (The other one being translations (come help out).) I of course hoped she was fine with it. And luckily she is.

My idea going forward is that I will continue to make builds, for android and web. Even if there are no bugs. Just to ensure you get any improvements or bug fixes in Ren’Py, and because Ren’Py for web is still in development. I also thought about the fact that I could release a version (or versions, depending on what I/we do) for the translations project, but that is for when we get anywhere near a releasable translation, or maybe even translations.

You may be asking: What about IOS?

I would gladly do it, however it costs money to publish on the app store, if you are willing to pay a small fee or crowd fund it, I can create it.

Thank you! It's great to allow more people to have access to this wonderful VN.

Thanks for the hard work, we're all grateful.